If you're pretty good at web design, marketing, video editing, Photoshop, or a specific service then you can jump on Fiverr in a just a few minutes and setup a gig to let the world hire you for only $5. Each gig is five dollars but you can sell multiple gigs in one sale so you can make much more than just $5. I knew about it and had used it for a few services but I did not think about joining the platform as a seller until recently. I jumped on Fiverr and started offering my services back in 2014 and I have made some decent cash from freelancing. I jumped on the platform after discovering that this one guy made enough money to buy a house from his services. (see pic below)

This Guy Bought A House With Fiverr Money

This seller bought a house with his earnings. His username is anarchofighter.

All gigs start out at $5 which would make one seem that making money would be impossible but most sellers offer premium gig services for extra which I will explain in a minute. For instance I have seen some gig extras actually sell for over $100! Let's look at the basic fee structure breakdown of when you make a sale.

As you can see you don't make very much money per sale if you are actually providing some service that you will have to do actual work. So you will want to offer gigs that you can deliver without any work. For instance selling an ebook guide would be a great gig or some similar service where you don't trade your time for money.

Whatever You Do: Don't Do This Gig 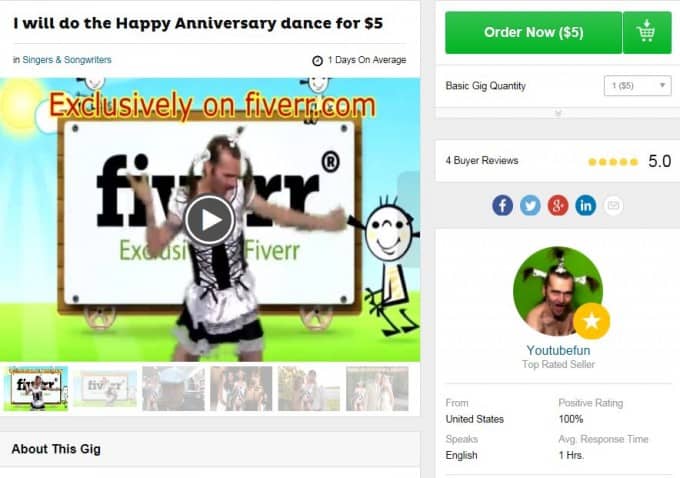 Don't be like this guy and do dances for $5! It's a waste of your time. Offer gigs you can deliver without any work.

By work I mean you are trading your time for money so you want to provide services that leverage technology so you can minimize your actual time spent per gig to maximize your earnings. If you have a gig where you can just give a digital eBook or training to your customers then that can easily add up and it's a great way to sell gigs where you don't have to spend more than a few minutes and you pocket the full $4.

I Created My Own Gigs To Find Out

I put up multiple gigs to find out if its too saturated or if you really can make some fast cash doing services you are interested in.

As you can see I setup multiple gigs and even added video (They tell you to add video for a better chance of selling your gigs). After adding video and throwing all 6 gigs up on there I sat back and waited for the money to roll in. As you can see my gigs have been online for over a month and without any promoting they have been getting consistent views but $0 in sales (This when I first started.)So without knowing anything about fiber and just throwing up some gigs to make some sales it was very tough to get initial sales or any sales for that matter. Buyers don't trust a seller who has a new gig and no reviews not to mention they probably can't even find you. So having been on the platform for a month and having zero dollars in sales I decided to enlist the help of some professionals.

After selling gigs for a couple months I had only sold a few gig so I decided to enlist the help of a professional who have made thousands on the platform to help me succeed. In order to hire these professionals to help me specifically it would cost way too much money probably hundreds of dollars an hour so I didn't have the budget for something like that so here's what I did instead. I found a couple of top rated sellers on Fiverr who were selling e-books on how they became top rated sellers and how they made thousands of dollars on the platform. One seller specifically makes $40,000 a year with only a couple hours of work per day. As soon as I heard about this guy I knew I was gonna buy his product whatever it maybe. So I would assume that there are tons of professionals that could teach you how to make money on Fiverr but here are the two professionals that I use to help make over $2000 of my own sales.

The way I found Angela was very interesting. I didn't know she was selling a program about how to make money on Fiverr but when I saw that she was selling it was actually pretty funny because I had seen her gigs already. So I kinda already knew that she was getting some sales and making some money I just had no idea that was over $1000 per month. So needless lead to say when I saw her e-book about how to make money on fiverr plus the fact that it was only $5 I knew I had to see what she had to say! I really enjoyed your e-book and it shows you how with just a few gigs she was making this kind of money which is thousands per month. The great thing about it is there's no initial investment required – anyone can do this gig. She also shows you how to make more money with affiliate offers. She has a great little secret technique that she uses to get even more sales through fiverr without actually selling any gigs. This sounds like something you might be interested and you've got to check out her e-book here and it's only $5 so she is basically giving this information away. 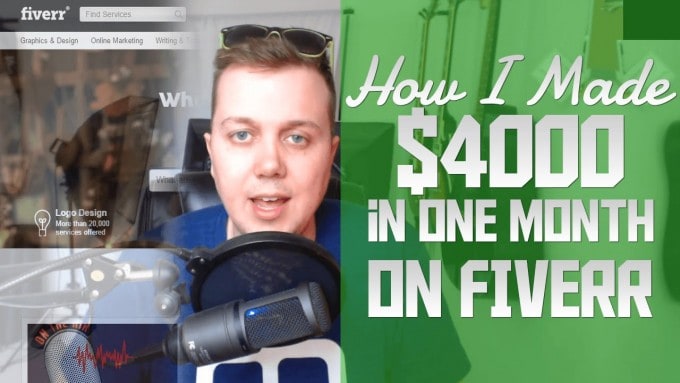 So then there's this guy named Corey who claims he makes over $4000 per month and he only spends a couple hours on Fiverr per day! I actually found Corey on YouTube Where he was actually logging into his account live to show all of his earnings. So I decided to check out his e-book where he shows you his techniques and strategy to make $40,000 per year on the site working just a couple hours per day on the site. His program is actually really in-depth and he shows you how to actually create gigs that sell and how to outsource your gigs and still make money even though out of every five dollars Fiverr's cut is one dollar. YES this is real! I know this sounds pretty unbelievable but I can assure you that this is correct and legit because I have used this outsource techniques on some of my gigs.

So after investing in these two programs I had a better of understanding of what it takes to make thousands of dollars per month on the platform and I can honestly say that these investments have paid off since I have now made over $2000 on Fiverr (see pic below) . It's a small price to pay to learn the tricks that other sellers won't tell you and these are things you need to know in order to be successful.

So I wanted to post a quick update for June 2015 and my earnings. I have now made over $1,600! I have been maximizing my gigs to cast a wide net on the amount of people that would actually see my gigs and then order from me. I have been using video gigs to sell more on my services. I have sold more gigs with the use of some video software that I use and creating some videos for clients on Fiverr. Since people expect to pay more for videos it's been easy to sell $30 and even $50 gigs! Even if I have to spend 30 minutes on a gig it's some decent cash. The video software that I use can be seen on my other blog post here.

Wow! Over $2,000 from my gigs – I really can't believe I have sold this much online and I am so greatful that I found this marketplace to make some extra cash. As always I have found some new tips to sell more. This months learnings were to maximize gig descriptions and if you start a new gig to offer more to the customers than your competition is offering. I know this sounds crazy but you only do this initially until you have built up some positive reviews for your gig then you can just edit the gig back after that. For example let's say you want to make a gig to write blog posts. The top rated sellers are offering like 200 words for $5 so you offer 500 words for $5 initially and get some clients then after you sell a few gigs you raise it to 300 words for $5. You get the idea so go out there and sell some more gigs!

**Updated for November 2015 – Found A New Software For Gig Delivery*** 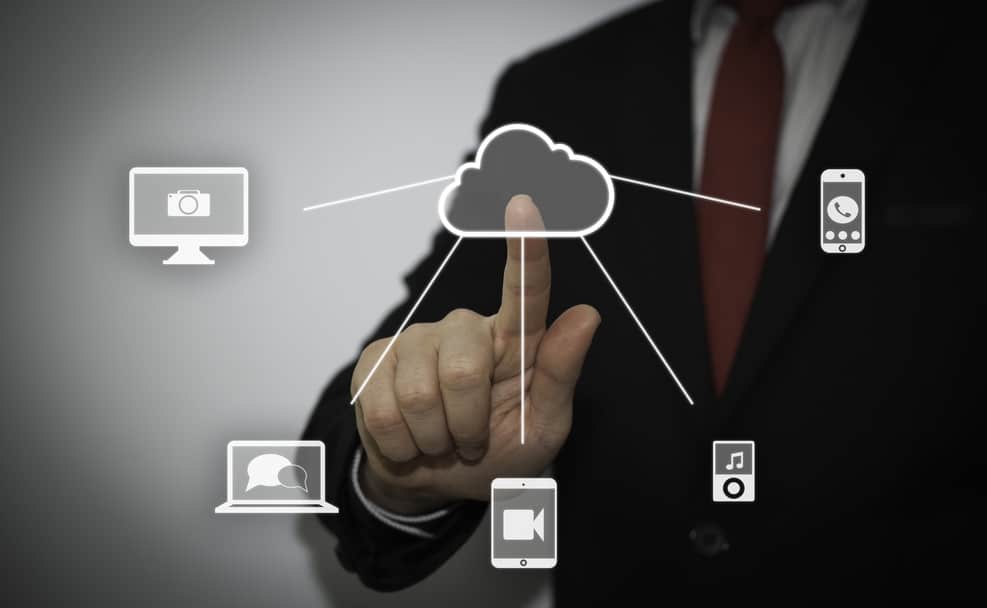 Ok so one of the hardest parts of selling more gigs is that you have to keep track of all the gigs you have sold at a single point in time. Well, I just found this new software that you can use to deliver Gigs without ever leaving your desktop. Now to take full advantage of this software you need to sell gigs that you can deliver instantly but this software is insane! Check it out below.

Check Out This Gig Delivery Software

As the platform becomes saturated with sellers that are technically savvy it is becoming harder to sell gigs to buyers as people expect more value for only $5. The problem is that to offer a more technical service would imply that it would take you longer to fulfill the gig. This would mean that if a $5 gig took you 2 hours to complete then you would only be making $2.50 per hour (before fees). The conclusion is that you can still make money on Fiverr but most of your money will be made on repeat customers so do your best work for everyone. In the meantime don't quit your day job just yet until you can find a gig that you can deliver quickly while minimizing work per customer. 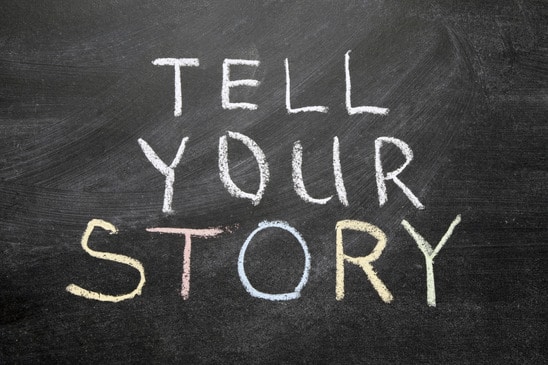 Now It's Your Turn – How much have you made on Fiverr? Or if you have any tips and tricks we would love to hear about them in the comments below 🙂 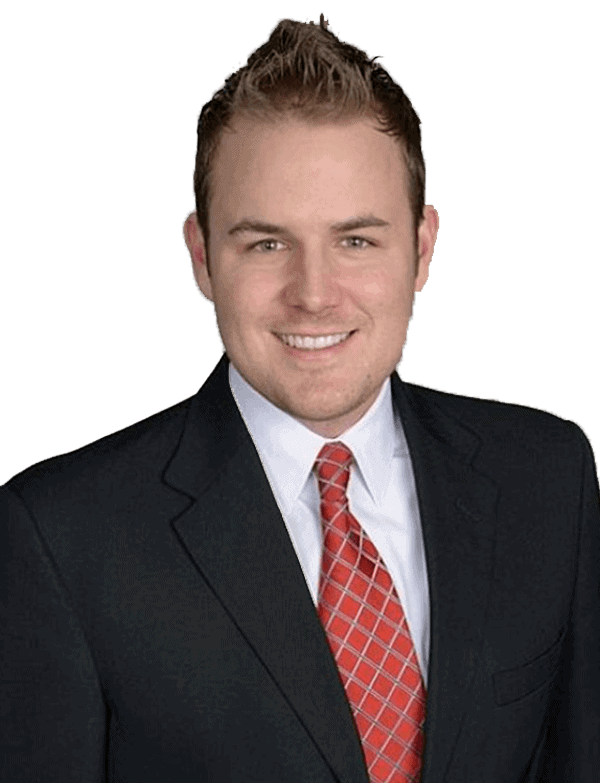 How To Start A Successful Blog 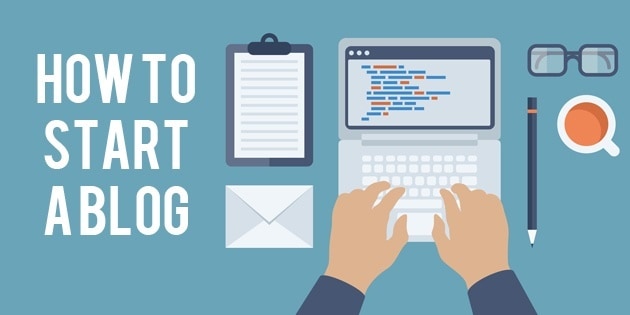