2017 is the year that 4k content will start to become mainstream! Netflix, ESPN, and some YouTube creators have already started offering content in 4K. So how can you start offering 4K content to your own audience? In this post, I want to discuss the options available for video creators to create content in this cutting edge format. I will discuss a variety of camera options and give my opinion. These cameras are in order of pricing from least expensive to most expensive. 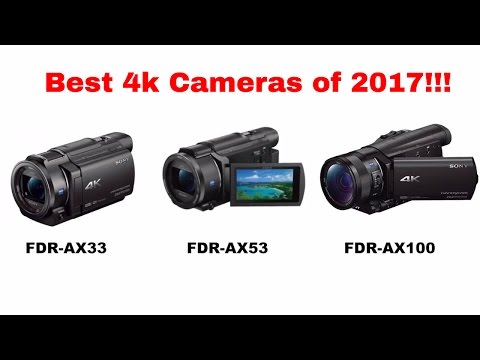 The Truth About 4k Resolution

Hey everybody what's going on? it's Preston here from Preston's Corner and today I want to talk about the future of video and that is 4k video. Now, I know allot of people are ate up with DSLR cameras and mirrorless cameras stuff like that but today I want to talk about video cameras and more specifically 4k video cameras so I was at my local Best Buy the other day and I was looking at 4K cameras like what are the options available and what can you do if you want to start cranking out 4k content? because there is 4k TV's and I have a 4k tv I just got the Chromecast Ultra but the problem is there's not allot of content in 4k so if you want to start cranking out content that's in 4k then you would really be on the cutting edge, the bleeding edge of technology and not allot of people are doing this – you can do it with some of the action cameras like the GoPro and there's a couple other ones but as far as producing it professionally with a 4k camera there is the Sony line.

They have the low end all the way up to the high end of it's kind of consumer but also prosumer. You could use this for like a documentary film pretty much. So you've got the low end which is the AX33 and by low end I mean $750 retail. It's a pretty decent camera , it does 4k, you've also got the next camera up which is the AX53 and then you've got the AX100 so it's 33, 53, 100. There's some other really good reviews here on YouTube. I'm not trying to review the camera – what I am trying to say in this video is if you wanted to jump into 4k the Sony FDR-AX33 is a great option.

You get allot of bang for your buck. The camera used to be about $1,000 now it's on sale for $750 so if you wanted to jump into 4k then that's a great camera to do it. Also, let me just tell you guys if you're still shooting in 1080p and you're like I have this 4k what am ai going to do with it? If you take that 4k and downscale it to 1080 it's going to look better than if you had of shot in 1080. So, that's just another benefit that you get shooting in 4k but as far as the competitors and what you can do you know there has been some people who have been saying that some of these cameras they don't do good in low light situations but you know for me and for other YouTubers like you guys.

I'm here in a studio, I've got lights, I've got 2 lights here and a light back behind me. I'm not worried about low light situations. If you're out in the field and you are shooting allot then that might be something that you want to take into consideration but for what I'm doing and allot of other YouTubers I've seen they've got a setup where they are either sitting behind a desk or they are in their bedroom. They don't need something that can do run and gun situations and adapt. I mean once you get up to that point you are talking about spending thousands of dollars on a camera which is frankly a little absurd. I mean I'm shooting this video on my Canon DSLR which is the T6i – great little camera, great with autofocus, also takes wicked pictures if you are into photography and stuff like that.

That's what you can get with the 4k cameras now I just wanted to talk about this, there's allot of issues because there's not allot of cameras available. I'm shocked that you know Canon hasn't come out with something or any other competitor. Panasonic does have one but it doesn't really have the best reviews and it's a little bit more expensive than the Sony so I just wanted to let you guys know you got the line of Sonys, the AX33, AX 53, and AX100 now I don't think there's any question in anybody's mind that the AX100 is awesome but it's pretty expensive like $1600 right now. The AX100 is the freaking camera with that 1″ sensor – it looks absolutely stunning. I watched a ton of videos about it on YouTube and you can learn everything you want to learn about it but the price is also pretty stunning.

Ouch – it's like $1600 it's pretty much more than double what you could get the AX33 for so you know it's all depending on what you want to spend – what you're doing on YouTube. If you're not really doing anything on YouTube then it doesn't make sense for you to spend that kind of coin but if you've got a channel – if you're cranking stuff out then it might make sense. Also, I wanted to talk about the lense stabilization. For guys like me and other YouTuber's who are in the studio allot and just shooting allot – like I said I've got my lights, I've got my camera right here, it doesn't make sense for me. The AX33 would probably work because the complaints on that one were low light but you know if you're out and shooting you might want to go with the AX33 and AX53 because of the BOSS stabilization of the lense. That's really awesome. I'm really surprised that the AX100 doesn't have it but when you find out that camera is a few years old then it makes sense but it's basically got a built in gimble so you could be out there shooting shaking the camera around and the lense will stay in the same place because of the gimble – it's built in. It's really sick technology – Sony is awesome!

I'm kind of a Canon guy but if I was going to get a camera I would probably get the AX33 just for the 4k capabilities and to jump back in. Now, I do want to address a couple things that you might not know about 4k cameras. Now, when you're dealing with that kind of data and volume of data you need to upgrade your memory card. OK this is something that people will not tell you. You can't have just a generic memory card in your camera. You need to have a higher speed class 10 at least video card so you can write all of that data to the card and then shoot it over to the computer.

Hey everybody thanks so much for watching! I'm Preston and this is Preston's Corner I appreciate you watching Hey don't forget to subscribe and I'll see you next time.Sony 4K HD Video Recording FDRAX33 Handycam Camcorder

This is Sony's entry level 4K consumer camera. The most common complaint of the camera is it's performance in low light situations. 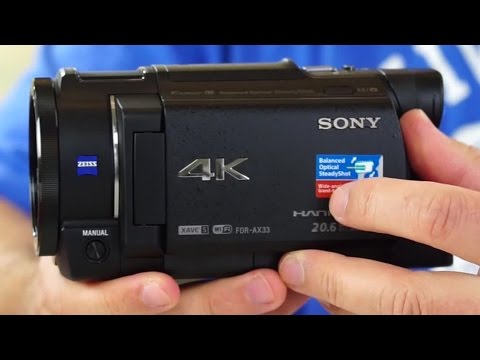 This camera is Sony's mid level 4K camera. It performs better than the AX53 and does better in low light situations. 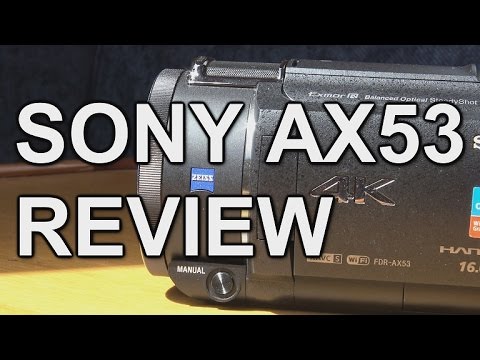 This is the top of the line AX camera! It's got the best sensor compared to the AX33 and AX53. Even though it's a few years old it's one of the best 4K cameras offered by Sony right now. 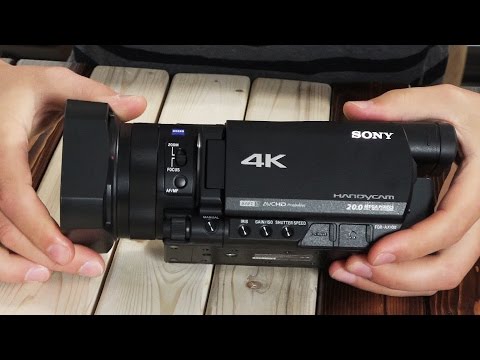 4K is a cutting edge format so there are not that many options available for consumers at this time. I think I'm going to go with the Sony FDR-AX 33 and then upgrade to the Sony FDR-AX100. The AX33 has some trouble in low light situations but since I mostly film in my home studio I don't think it will be a problem. Let me know what you think in the comments below.

PrevPreviousHow to do the Wistia Video Background in Your Videos
NextGoodbye Canon! Why I’m Switching to Sony CamerasNext